A brief history of one of Fender’s finest musical creations.

This 1954 Fender Stratocaster changed owners from England to Perth, Western Australia in the 1980’s and was played live before being stored away for the last 20 years.

Original neck, pickups, pots and plastics, this guitar is near original and where it matters, all-original, including the case.

The 1954 Fender Stratocaster is a hand-crafted masterpiece from the first year of production from Leo Fender.

Offered for sale only 9 years following the end of World War II, these guitars are, to this day, one of the few invented commercial items in modern industrial history which maintain a level of quality above nearly all of the subsequently produced models.

This is a common theme amongst all Fender guitars and amplifiers dating from 1954-1965, the pre-CBS era of Leo Fenders’ company. 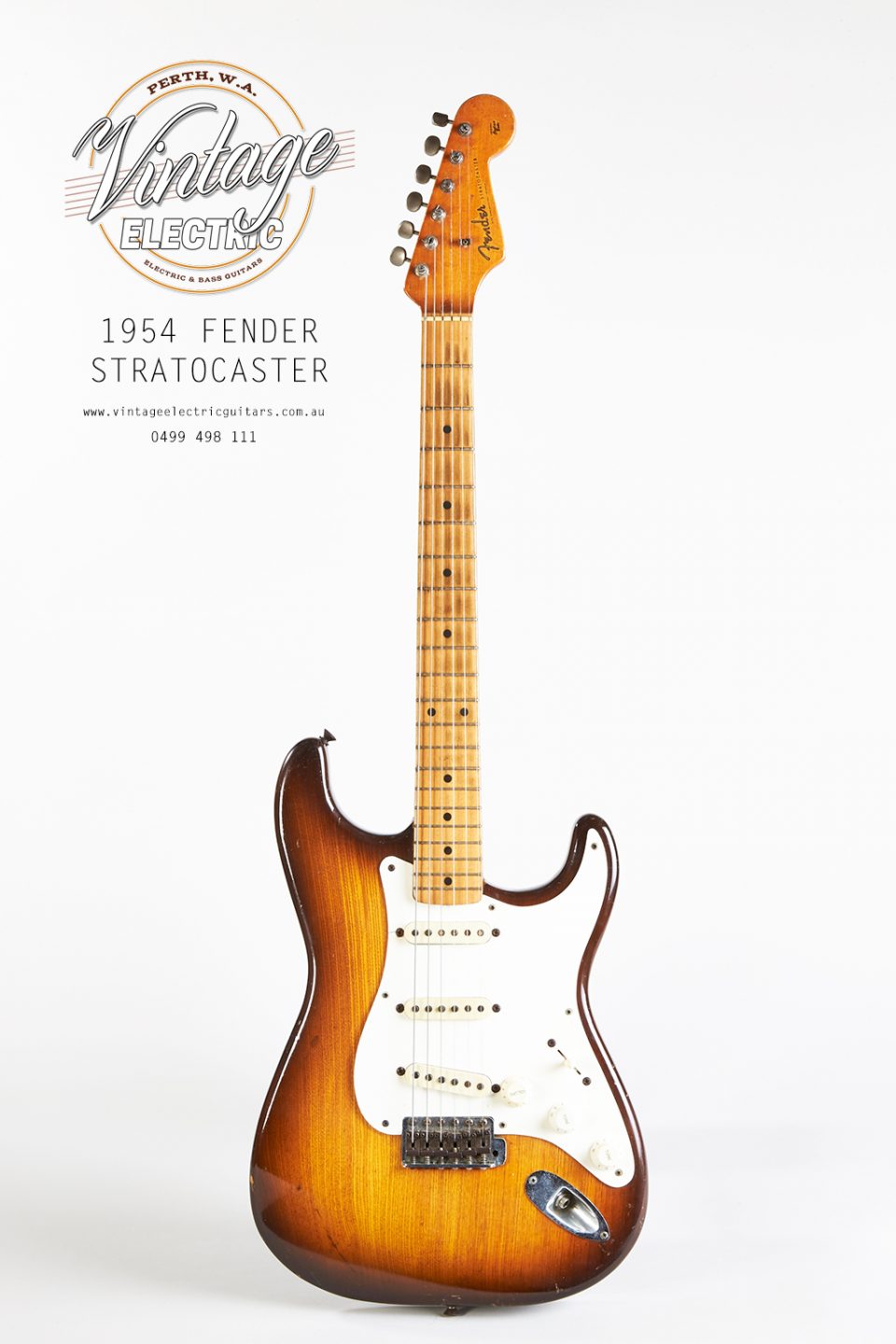 Once Leo Fender sold the company in 1965, the post Fender era known as the CBS era saw a gradual reduction in quality of both material and workmanship until the early 1980’s when the company was again sold.

As such, these 1954 Fender guitars are some of the most collectible electric guitars in the vintage market.

Originally purchased by the current owner in the early 1980’s in Perth from a guitar player from London, this piece has never changed hands since, and during the last 4 decades, the guitar has been played live, stored, and now, offered for sale.

This particular vintage guitar has a one piece Ash body, a beautiful playing maple neck and an early serial number of 0251, indicating a pre-October 1954 manufacture date.

Alder bodies were not introduced on Fender Stratocasters until 1956.

The close up picture in Figure 2 of the body of this guitar illustrates the nature of the one piece body.

Clearly, the guitar is worn and aged heavily from the 1950’s, but the fundamental build quality of the piece is evident.

One piece maple neck in original vintage condition with black dot inlays for the fret markers.

The white single-ply pickguard has a slight crack on the neck pickup height adjustment screw, a common feature of Stratocasters throughout their history. 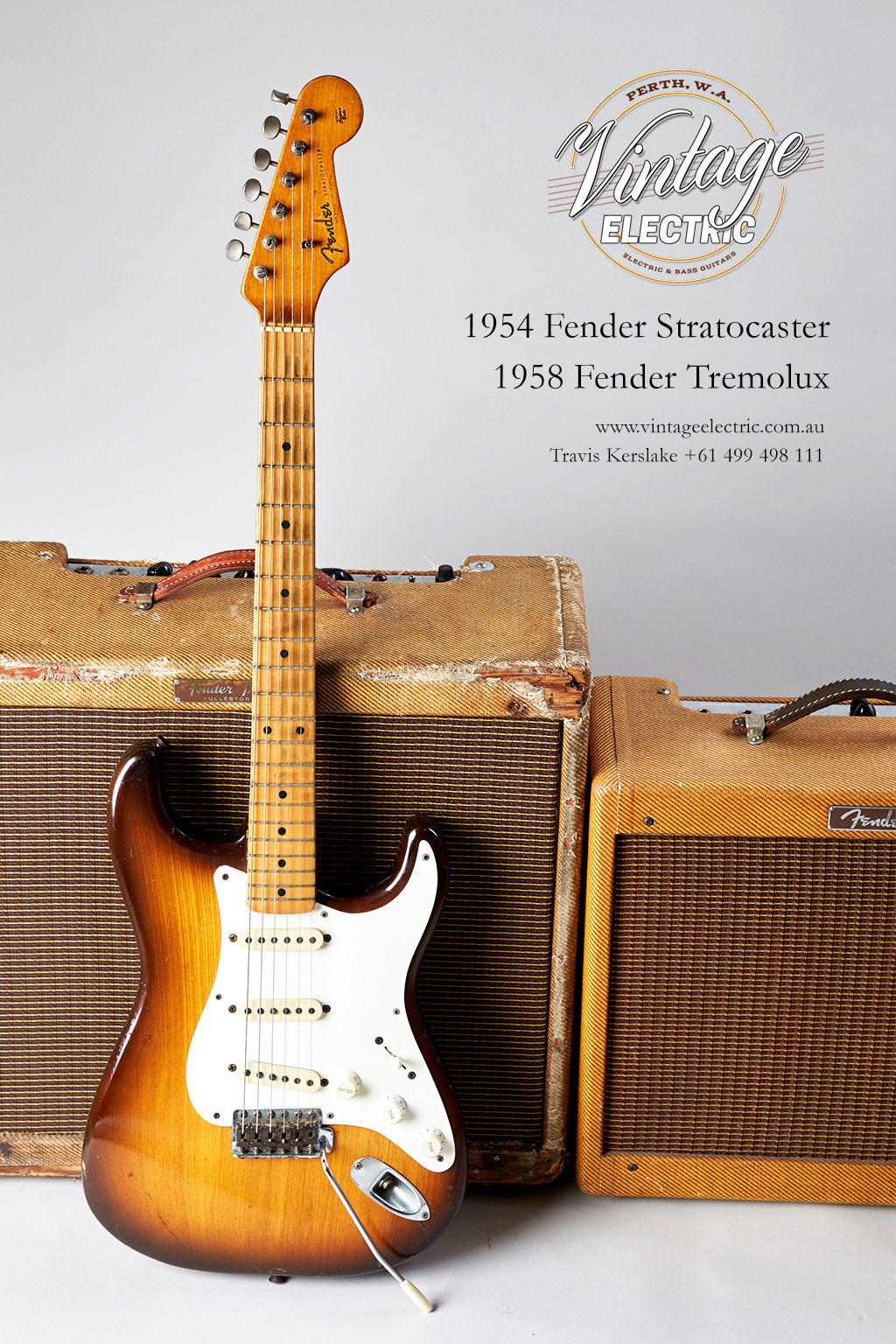 Modifications and changes are as follows:

Newer string tree appears to have been installed a long time ago. The original string tree was simply circular. The imprint of the previous string tree can be seen in the close up photos.

The hand contoured edges of the headstock are a unique feature of these guitars compared to their modern counterparts. 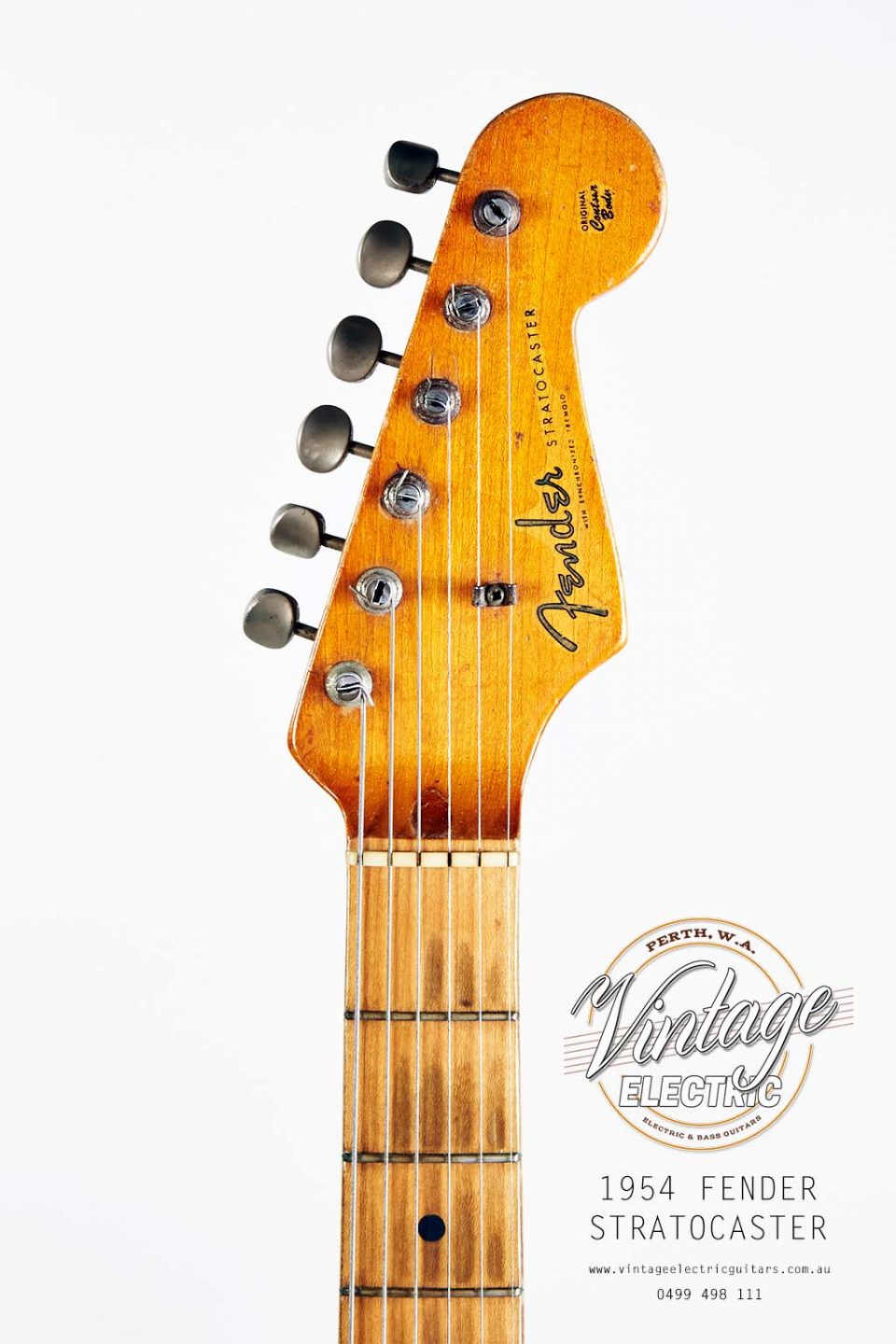 The back plate on the 1954 Stratocasters came with circular string holes. At some stage, the back circular holes have been enlarged to make string changes easier.

The original philips-head screws for the backplate have also been replaced at some point.

This particular model is number 0251. (pictured below) 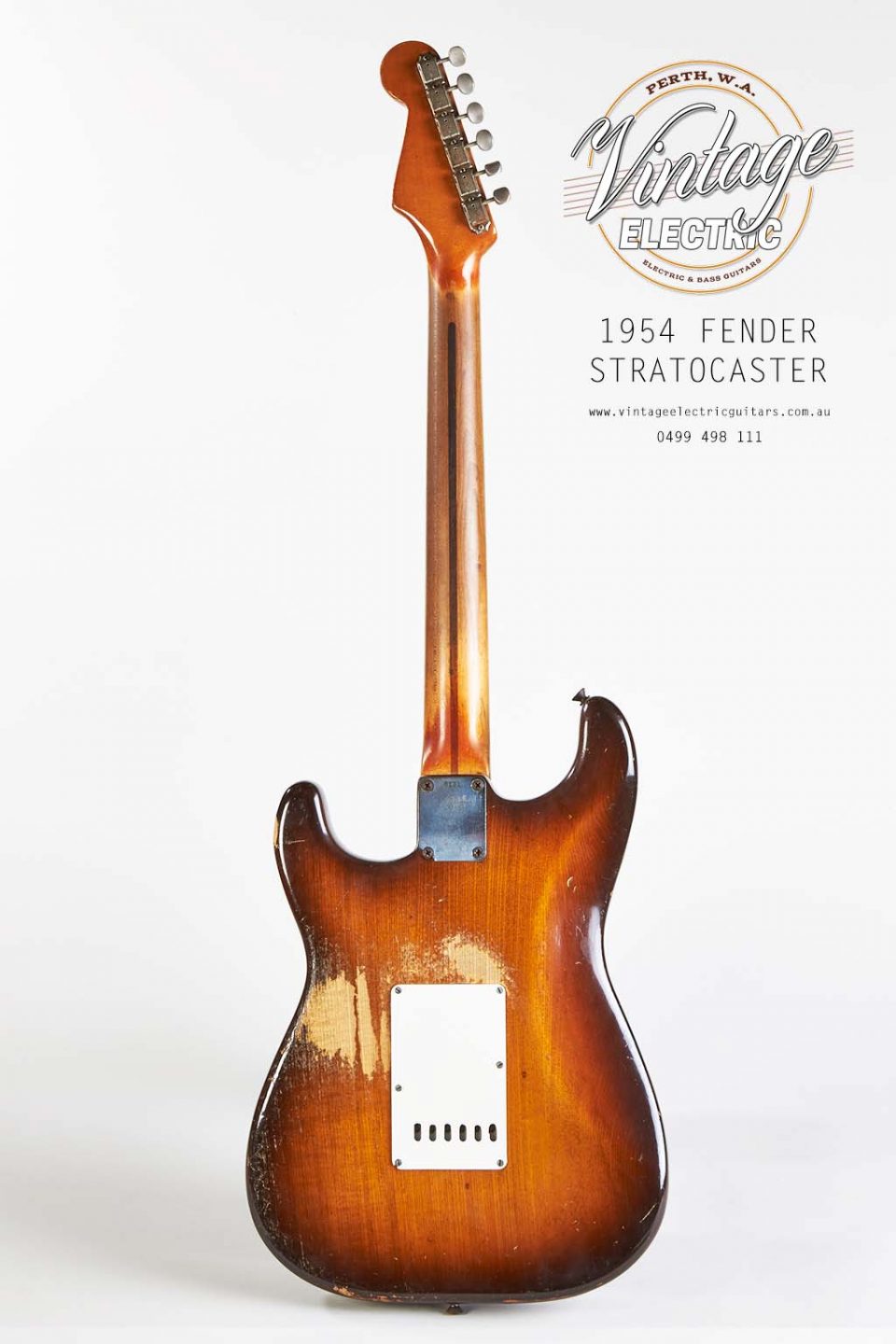 Although the guitars came originally designed with a three way switch (one for each pickup), in the late 1970’s, Fender started introducing the five way switch with middle positions between the pickups.

On this guitar, a five way switch has been fitted with original three way switch in the case. This gives an idea when the above-listed modifications were made to the piece.

Despite these minor changes, the guitar maintains nearly all of it’s most important original components. 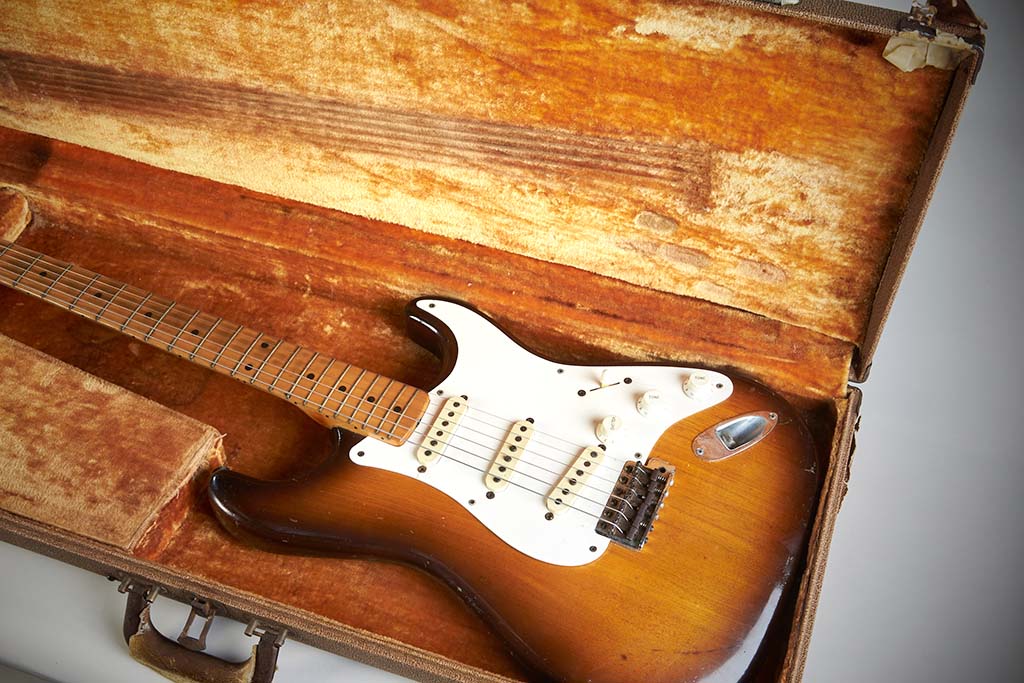 The original hard case with original tremolo bar is included with this guitar.